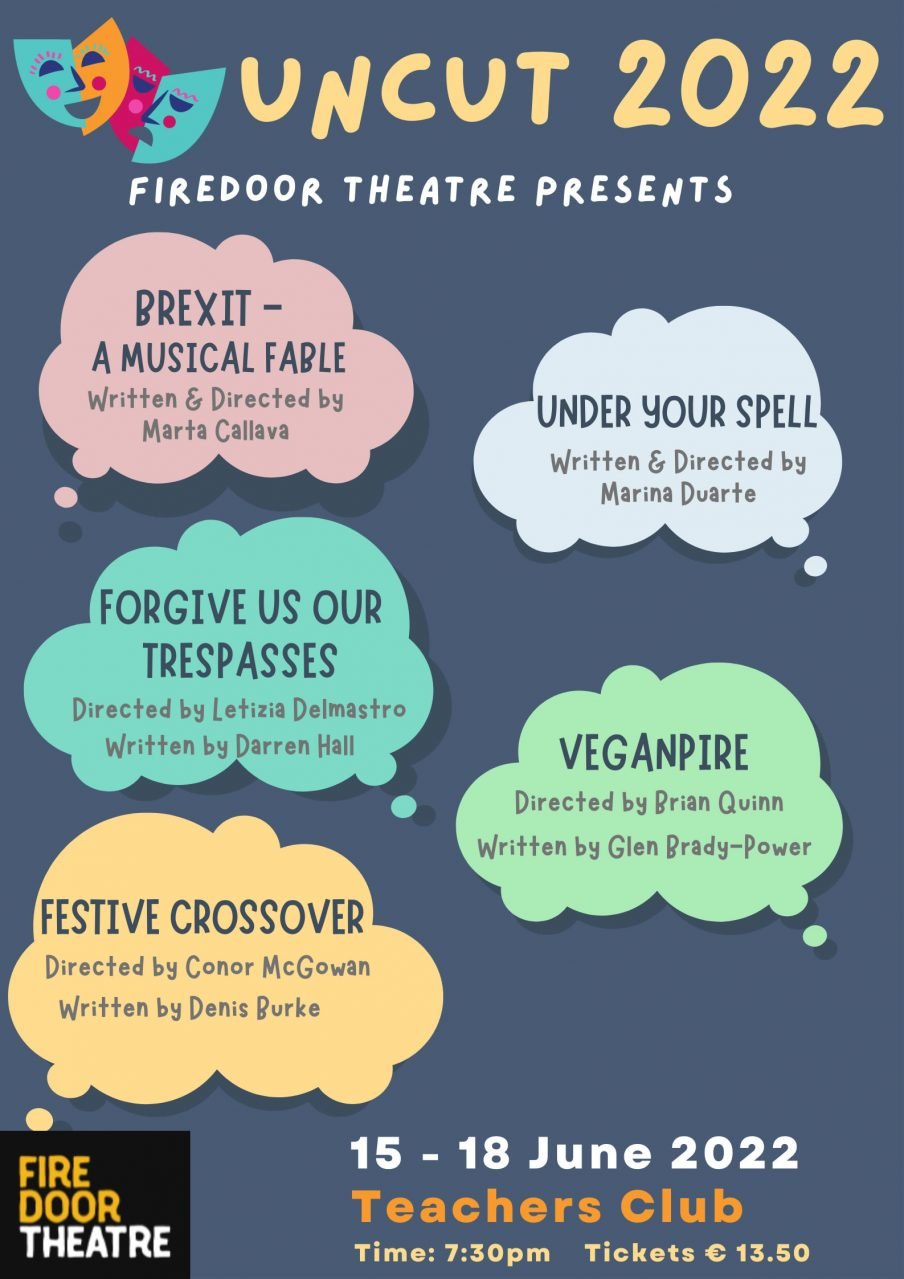 The Uncut –our yearly showcase of short, original plays– is back on again and is scheduled to run from Weds 15th June to Saturday 18th June 2022. This year we have an amazing selection ready for you. You can book your tickets through Eventbrite.

The Uncut is not only an ideal outlet for our emerging writer. It also offers plenty of opportunity for old members and newcomers alike to get on stage, practice their skills, and experience what a real production is. Participants are free to try new things and roles (such as directing, operating the sound, or organising costumes) in a safe environment with the guidance of a team and a “coaching buddy”.

These are the original plays that were selected:

Brexit – A Musical Fable
Watch Firedoor writer and director Marta Callava talk about “Brexit, a Musical Fable”-one of the short plays we will showcase in our Uncut – June 2022