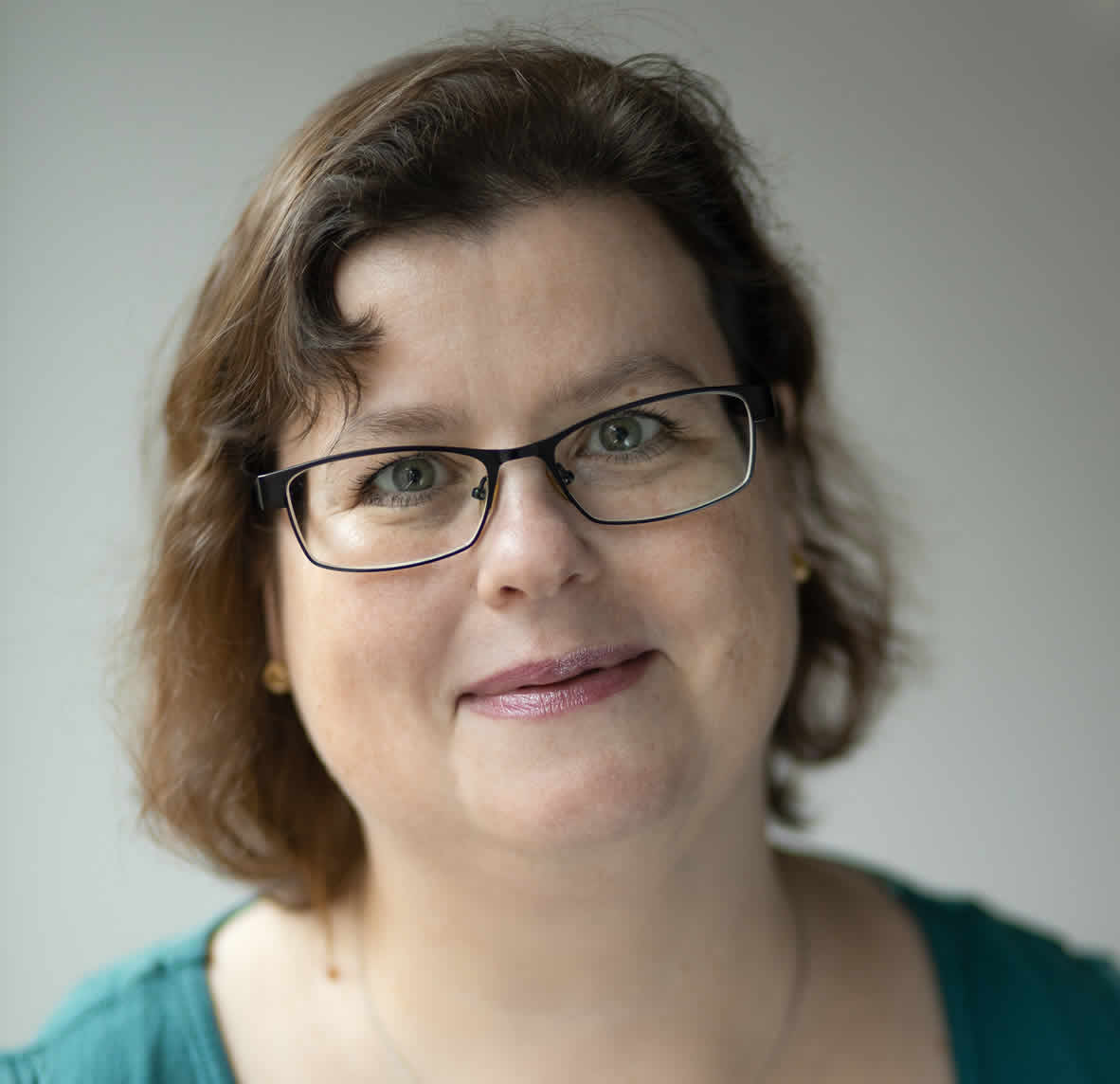 Alex is an internationally recognised actor & director having worked most recently in Ireland, The Netherlands and France.Alex has been seen acting for Firedoor Theatre for a number of their online productions during the pandemic including Tina in Hotel Quarantina by Stephen Ryan and many roles in the Laytown Hotel series by Brian Quinn. Previously she played Juno, Bessie Burgess & Mrs Henderson in the Dublin Trilogy for the Badhuis Theatre and Cairo in Murder at Café Noir & Laura in Still Life for InPlayers International in Amsterdam.
She has directed for Firedoor Theatre including The Invitation by Simon Murphy which was adapted into a radio play during the pandemic, Fast Forward by Jason Coburn and the Lovers Guide to Losing your Mind by Jason Coburn. Other events directed include the Worldcon Opening Show and Retro Hugo Ceremony (2019) and plays include Venus in Fur by David Ives for Feu de Joie Theatre (toured The Netherland & France), Murder at Café Noir by David Landau and Tonight at 8.30 by Noel Coward for InPlayers International. She has trained in acting, directing and before the pandemic became accredited for unarmed stage combat and armed combat: Rapier & Dagger. She has also worked on various productions taking sound, stage management and production roles. 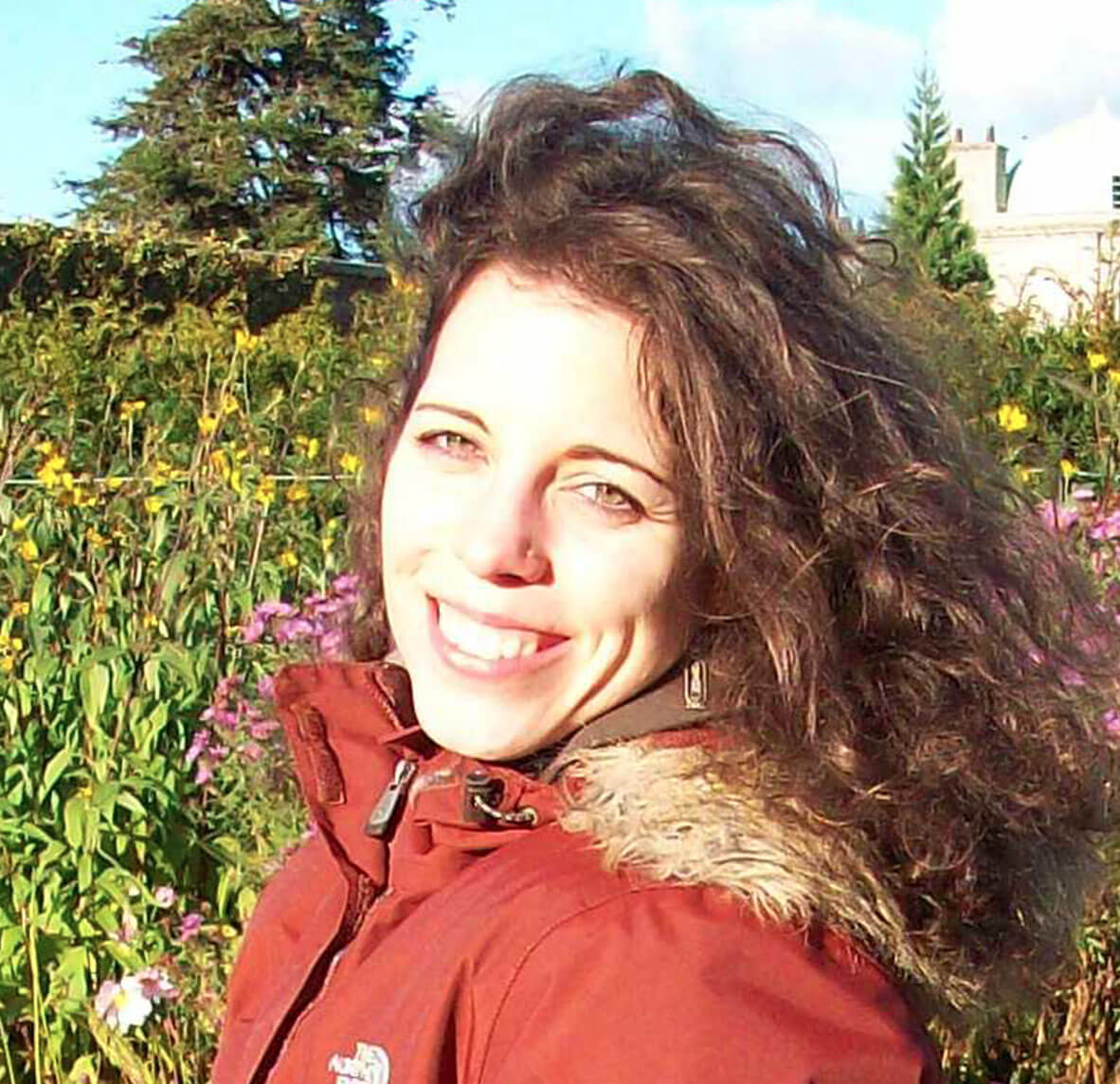 Marta joined Firedoor in 2015 as she started to train as an actor — her latest course being in Musical Theatre by the Gaiety School of Acting. Since 2015, she has featured in a number of Firedoor productions, the most recent Mother’s Little Treasure (August 2018). Outside of Firedoor, she put her movement and vocal skills at the service of the Actors Touring Company for The Suppliants (DTF 2017), and recently also in Dragon for the Scene and Heard festival. 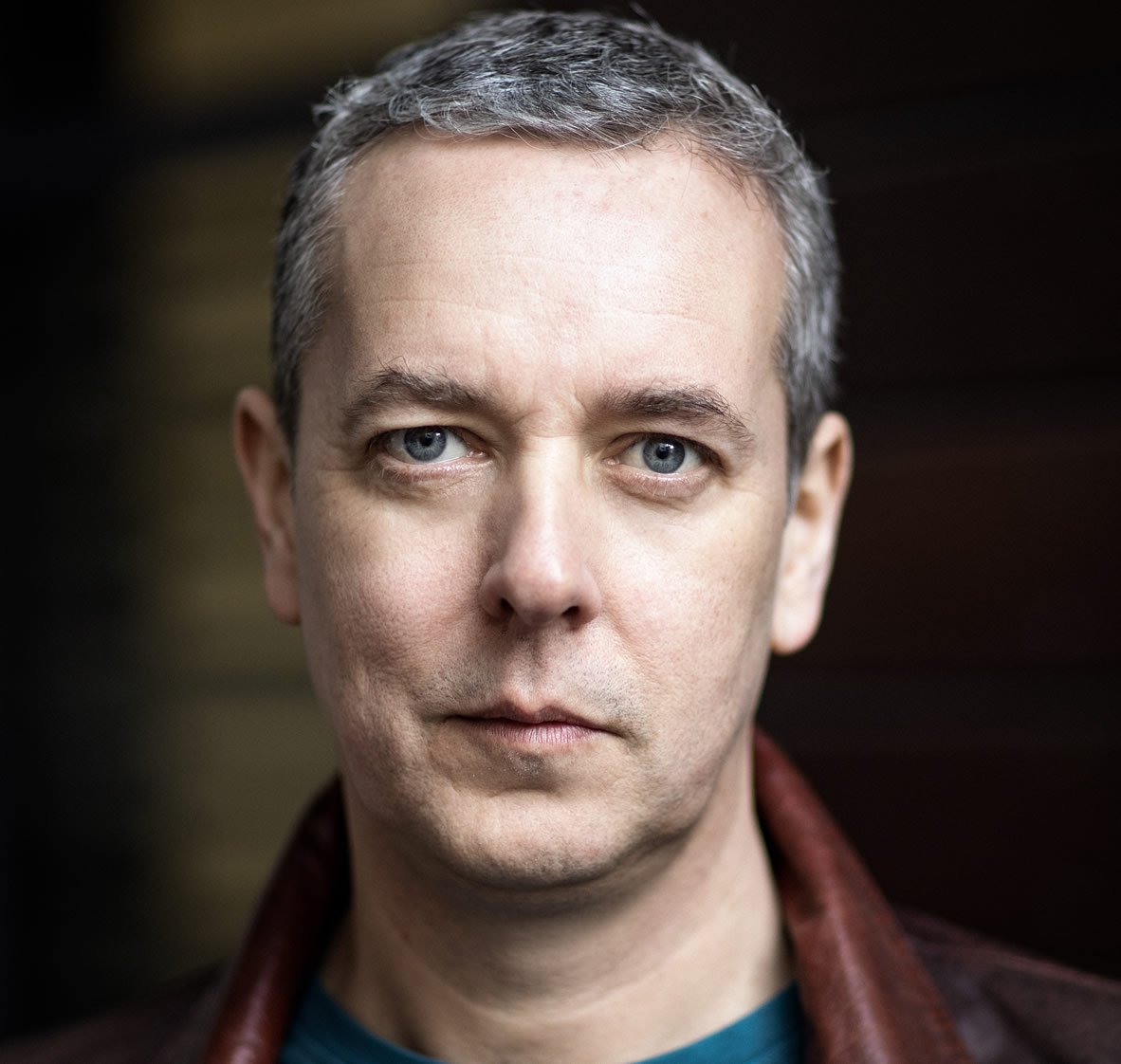 Keith joined Firedoor Theatre Company in late 2018. He has been actively involved in film and theatre acting for nearly 20 years and has been cast in some awarding winning Irish films including Pilgrim Hill, directed by Gerard Barrett, Once, directed by John Carney, as well as the RTE series on the 1916 Rising, Rebellion, directed by Aku Louhimiesr.

Keith first started his theatre training in Dublin at the Betty Ann Norton Theatre School with Speech & Drama Cert & Performance Acting. He has also trained under Mark Travis, well known US film director and has completed all levels of acting for camera to an advanced level.

Keith is also an active participant in the weekly workshops/events organized by Firedoor Theatre. He recently played the part of Paul in an online performance of the play, Hotel Quarantina by Stephen Ryan. In 2019 Keith played the part of Brodir the Viking in a performance at the International Convention Centre Opening Ceremony directed by Alex McKenzie.

Outside of acting, he’s mad about dogs!:)

In August 2021, Keith will be playing the part of Michael in Yasmin Reeza’s play, God of Carnage. The play is scheduled for a 5 day run at Smock Alley Theatre commencing on 23rd. August. 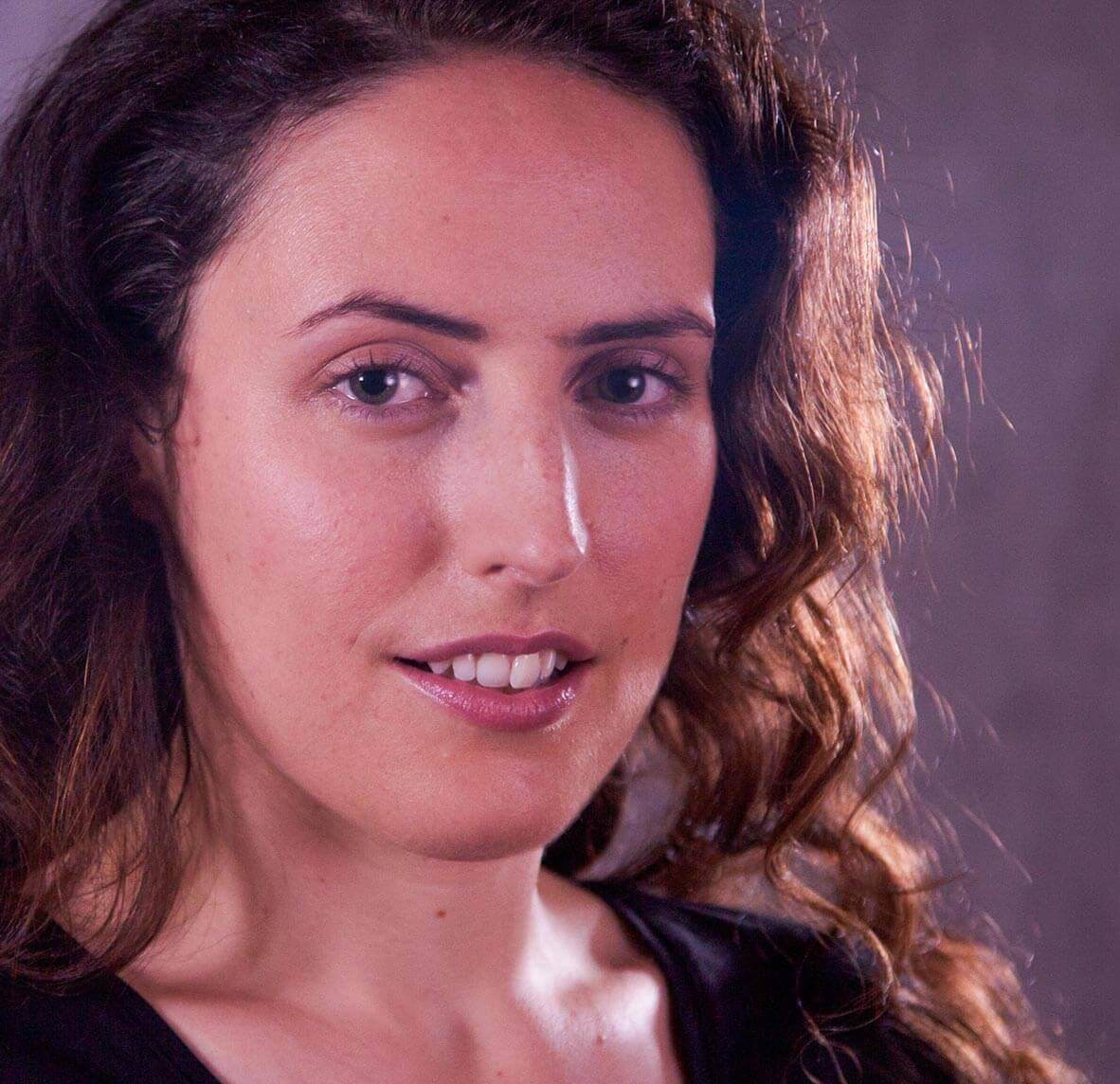 Christina is a comedian and actress based in Dublin. She graduated from the Irish Film Academy in 2017 having completed 1 year intensive training in “acting for camera”. She performs stand up comedy regularly in Dublin and has been selected to perform at Electric Picnic as part of an all-female comedy line up for September 2018. She has performed nationwide as a comedian and at Bray Comedy Festival and will be performing at this years Knockanstockan Festival in Wicklow and Swell Fest in Donegal. On stage she has portrayed the role of wife in The Last Supper, an immersive theatre and dining experience which previewed in the Whale Theatre, Greystones, Wicklow 30th November 2017. Her film credits include portraying the role of Maria in Colour of Forgiveness; the role of Ciara in Out Demon, the role of Louise in Life’s Good, and the role of Cathleen in Banshee. She has also appeared in feature film Writing Home. 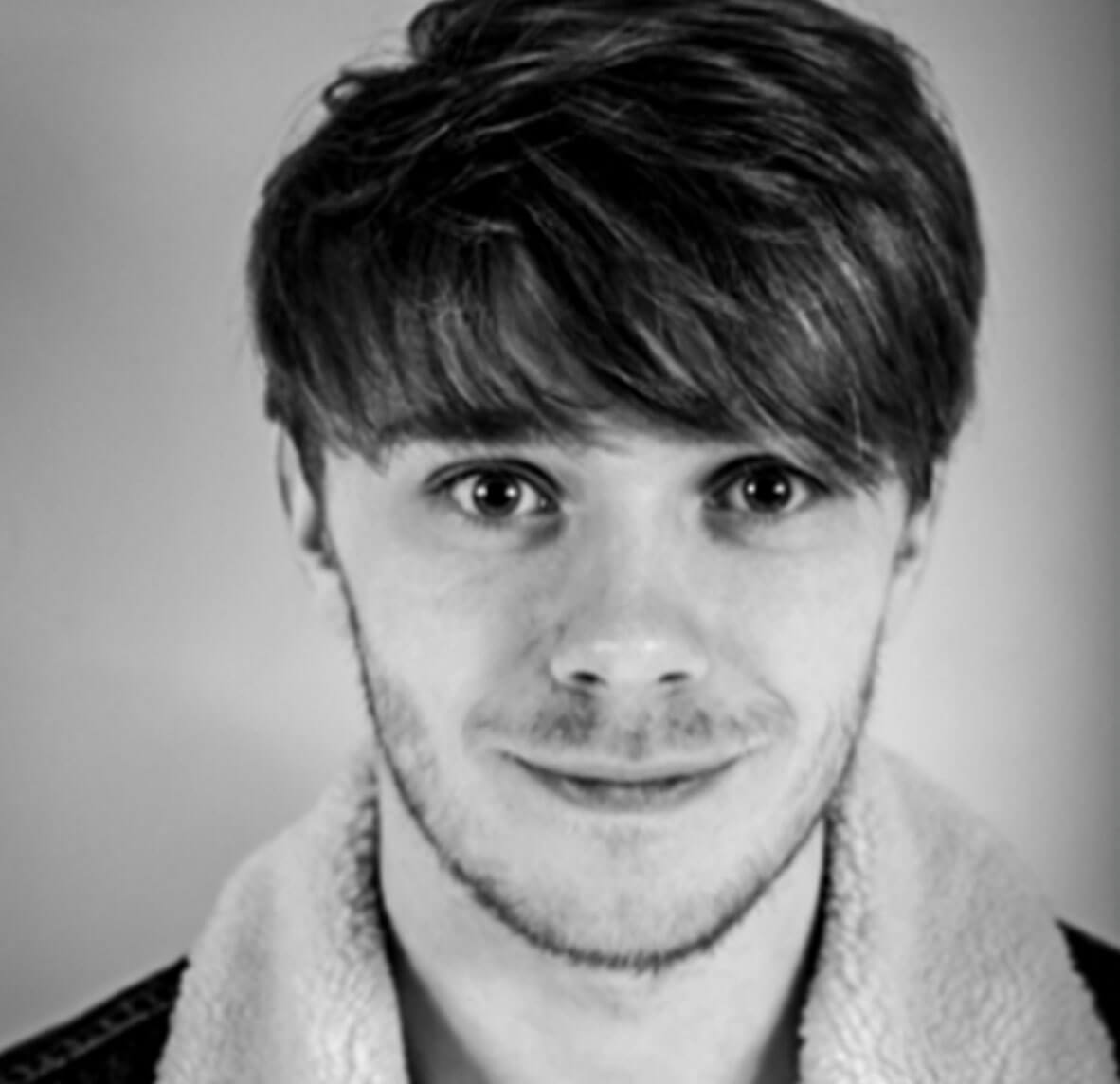 Jason joined Firedoor Theatre in 2018. He trained in a year long adult part time course from 2015 – 2018. Credits include: John in Oleanna, Aaron Mckinney, Jedadiah Schultz, Father Roger Smith in The Laramie Project, and Barman in an original piece The Barman. 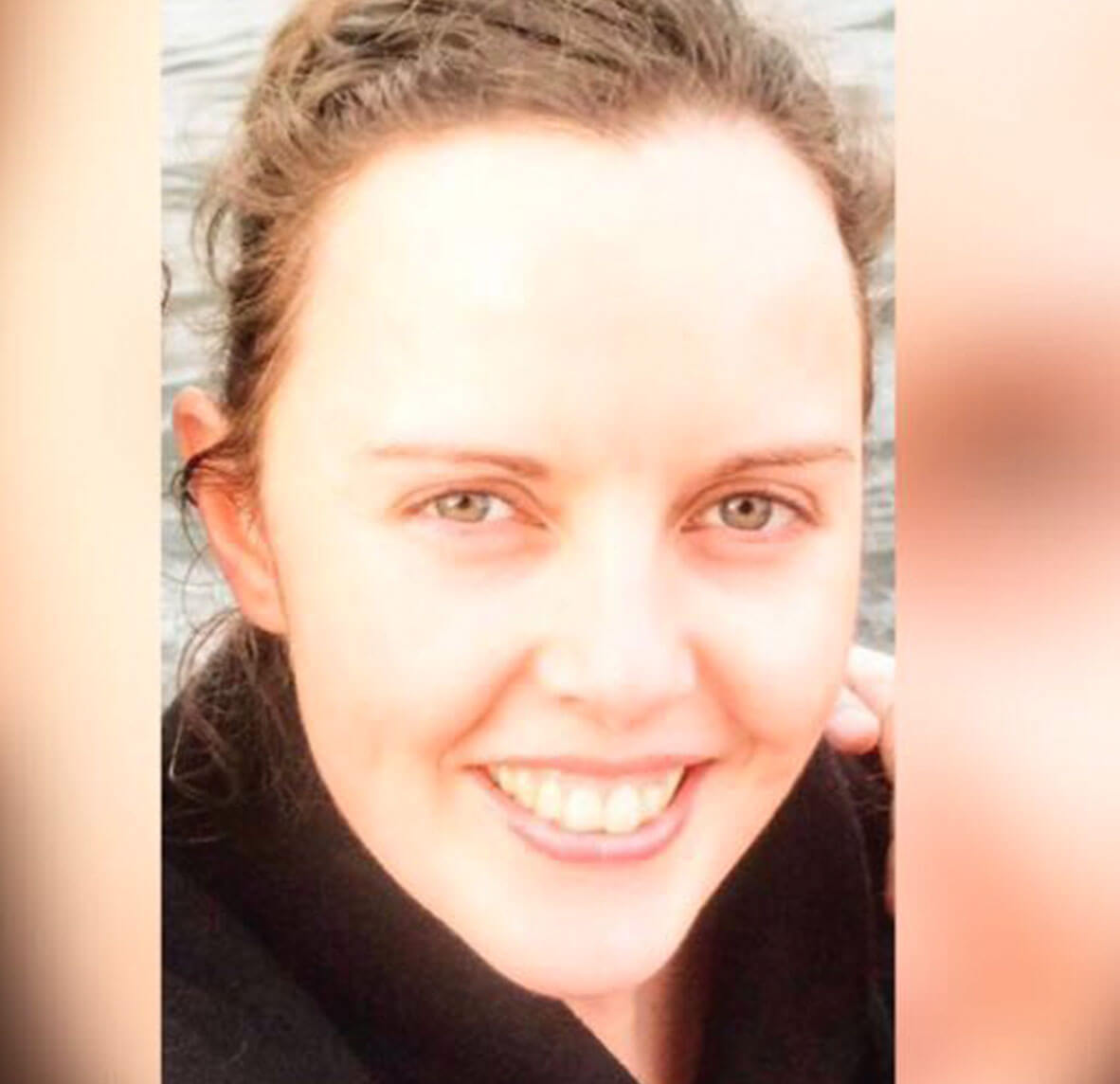 Miriam has completed two evening acting courses with the Gaiety School of Acting. She played Muriel in the original play The Anniversary, and Honor Blake in The Mill’s production The Playboy of the Western World by J.M. Synge in January 2019. She appeared in the Bray One Act Theatre festival in 2018 performing in For Whom the Southern Belle Tolls by Christopher Durang. 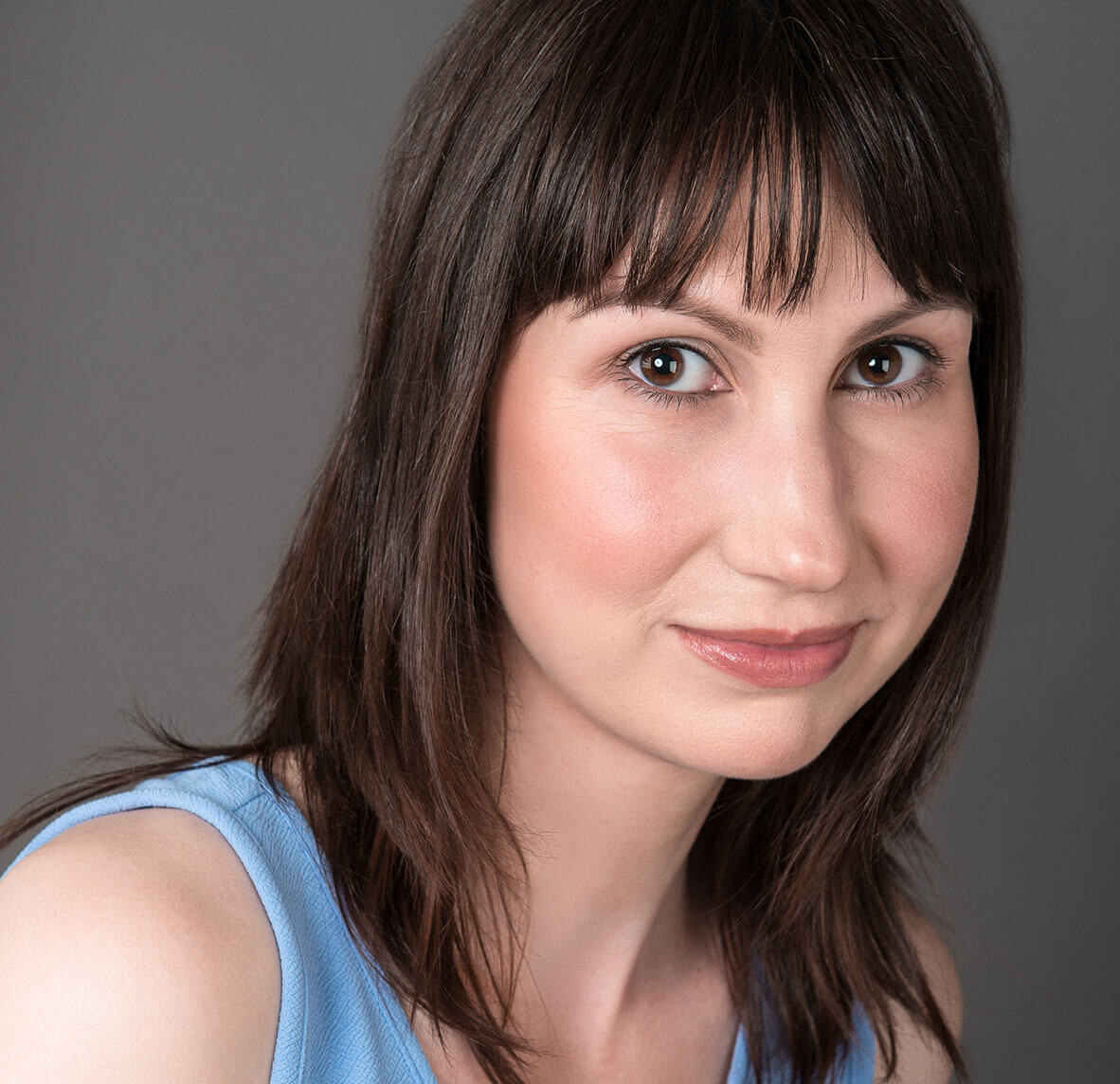 Lorna trained in Theatre Performance in Kinsale Co. Cork in 2008.  She has been in and out of productions, acting for stage and independent film, since.  She also trainied at the Gaiety School of Acting in two of their part time courses.  Since she left, she has played numerous roles in theatre such as Agnes Mundy in Dancing at Lughnasa for Stage two theatre in 2014, as well as Ophelia in a production of Hamlet, touring schools in and around Dublin in 2012.  Last year she got to perform for the first time in The Dublin Gay Theatre Festival in a new comedy written by Paul Winters, A Peculiar Situation.

She joined Firedoor in 2014 and has been in a few of their productions since, including Everyone’s a Winner in 2016. 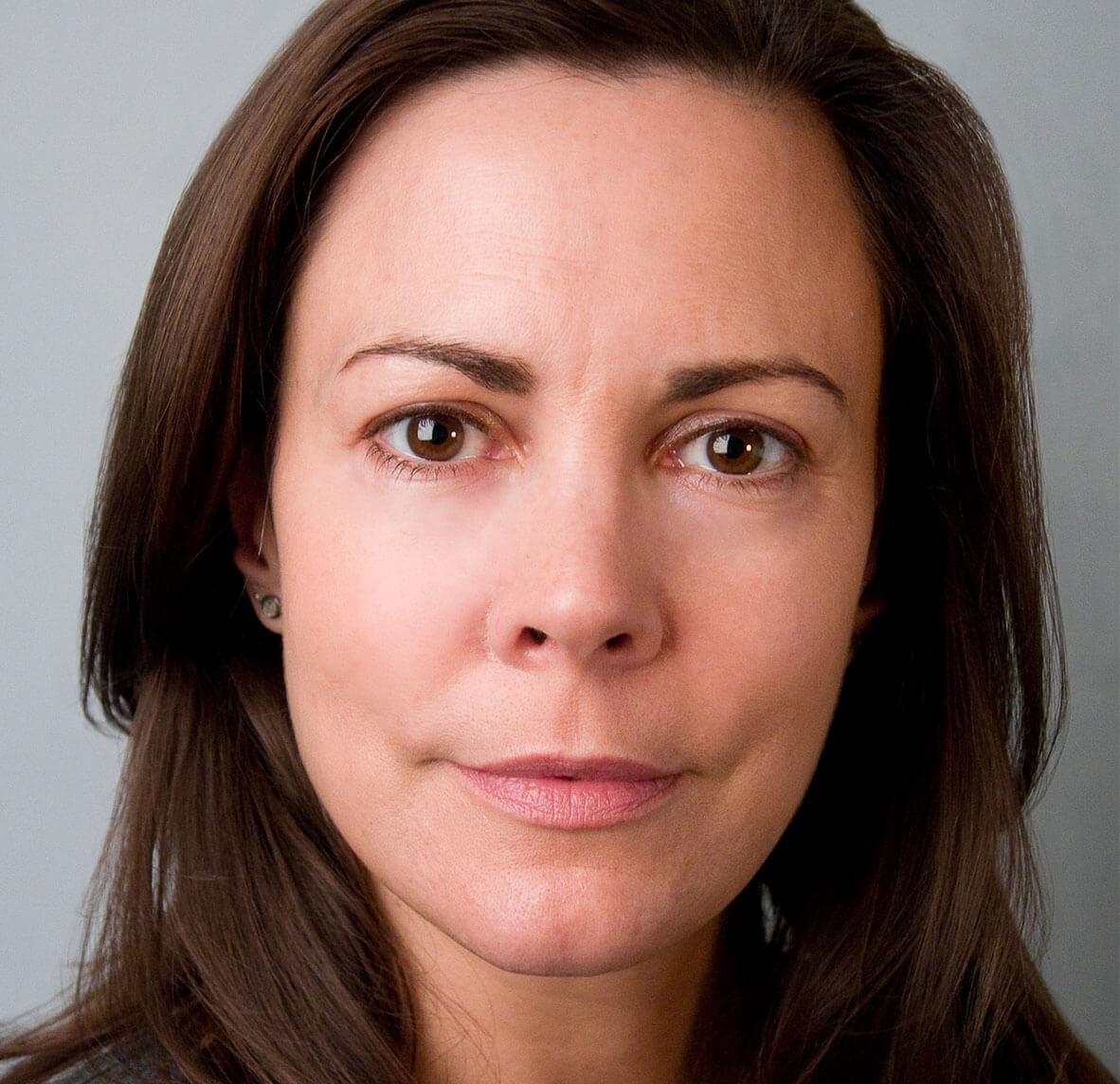 Janine´s recent performances include Anna in Paul Kennedy’s The Best Place for Love, Agatha Christie’s Mousetrap, Play On in The New Theatre, Ray Cooney’s FUNNY MONEY with Curtaincall Productions,  and as Hesther Solomon in Equus with Fruitfly Theatre.

She has also worked with Some Yanks Theatre Company on In Arabia we’d all be Kings, and in the role of Charlotte in Christopher Durang’s Beyond Therapy. Her screen credits include roles in BBC Television’s Life of Crime, Ripper Street and Quirke. As well as RTE’s Our Unfenced Country,  and in film Love Rosie. 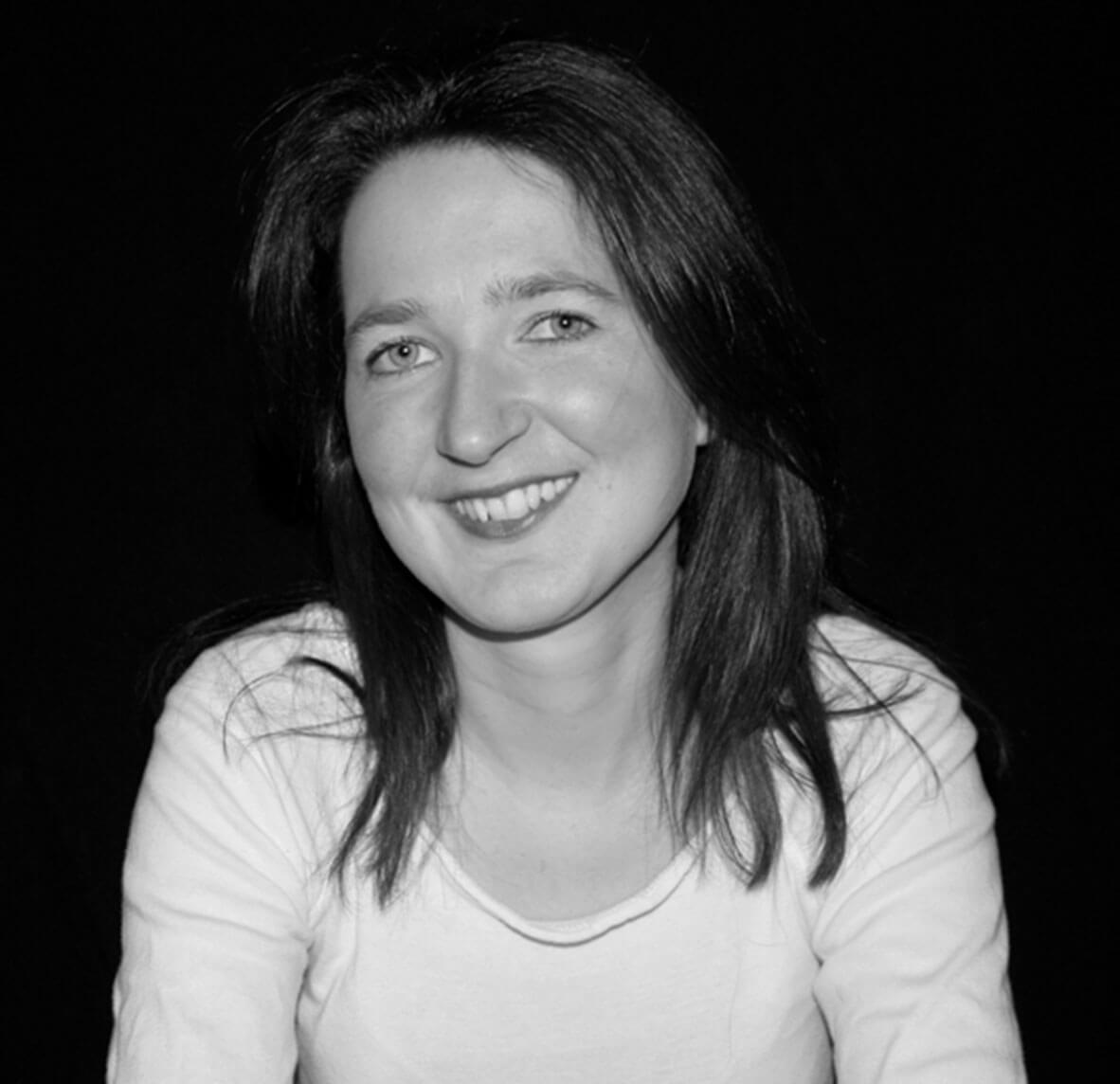 She has performed in a number of Firedoor productions including 2013’s When Blue Eyes Turn Brown (Julie), 2015’s FOCUS  (Jane), 2016’s Everyone’s A Winner (Jesse), and  2017’s The Lover’s Guide to Losing Your Mind (Ellen). Recently in Feb 2018 in the Smock Ally Scene & Heard Festival in a rehearsed reading of Black Cherry as Leonie.

She also performed in Cow by Sue Healy in The Pub Theatre Festival at Etcetera Theatre Camden London in 2017. 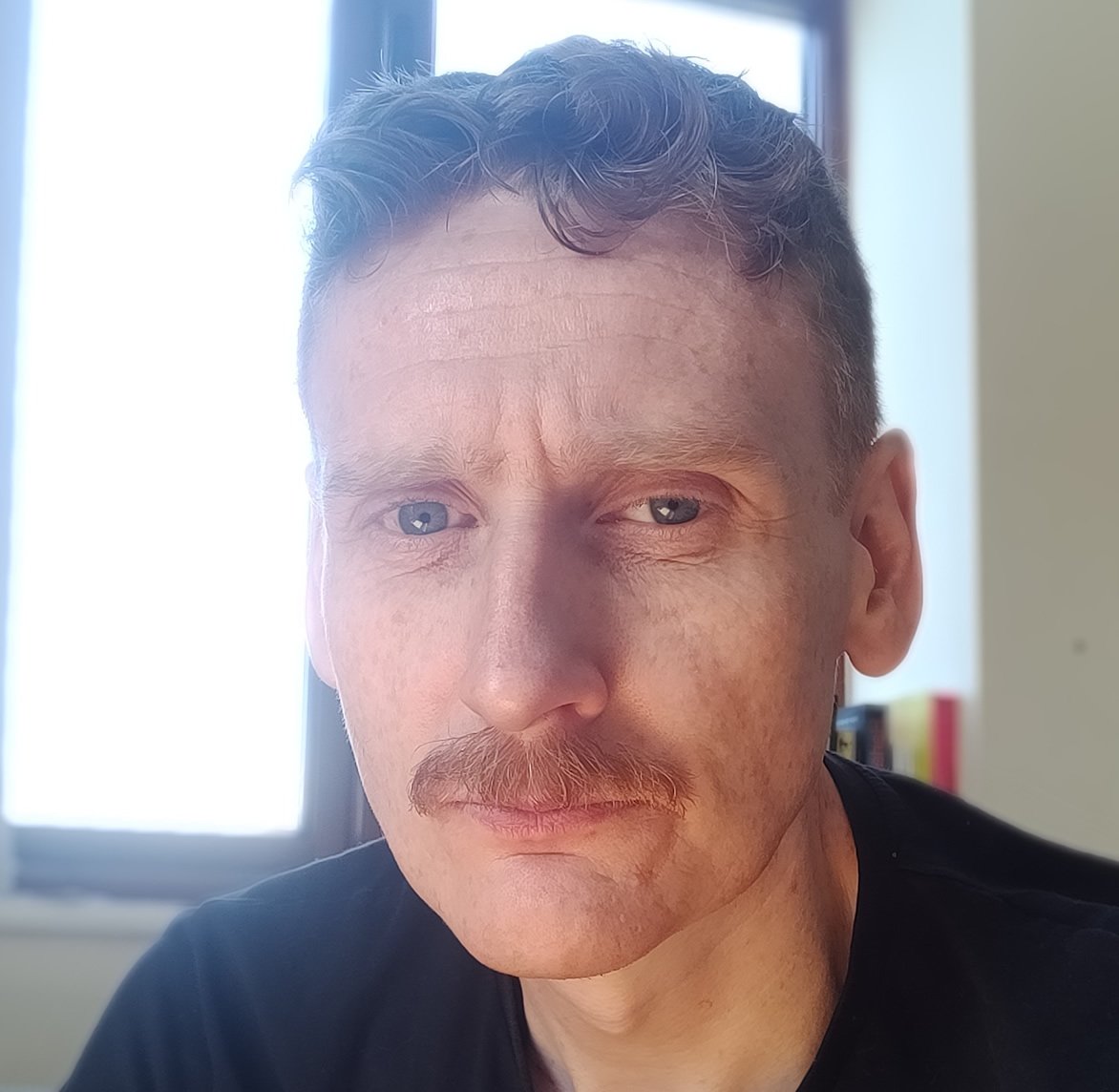 Terry began studying acting in 2017, completing several evening courses at the Gaiety school of acting. He has since been a regular member of the No Drama group where he has taken part in workshops and a number of short plays. He is excited to join the Firedoor theater, and take part in this year’s production. 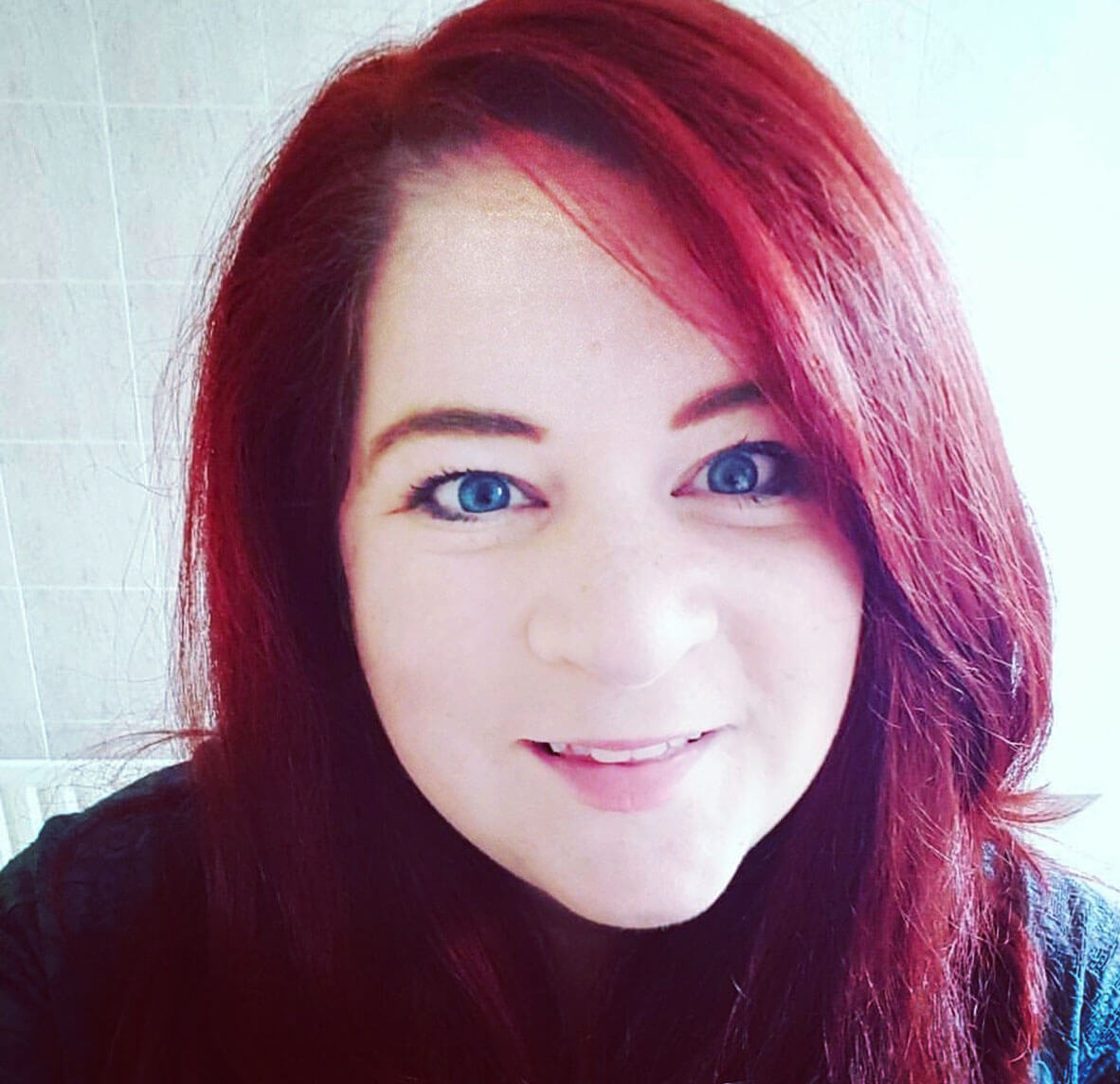 LeeAnne Heneghan, originally from Galway, found her feet in acting while obtaining her grade 5 in Speech and Drama. LeeAnne acted in a number of productions in the Helix and Olympia Theatre during her time in DCU Drama. Having joined Firedoor in January 2016, she has played various roles during their Uncut productions, Julie in the devised production Perceptions in The Five Lamp Festival, Selina in The Lover’s Guide to Losing Your Mind, and Nicky in Fast Forward. 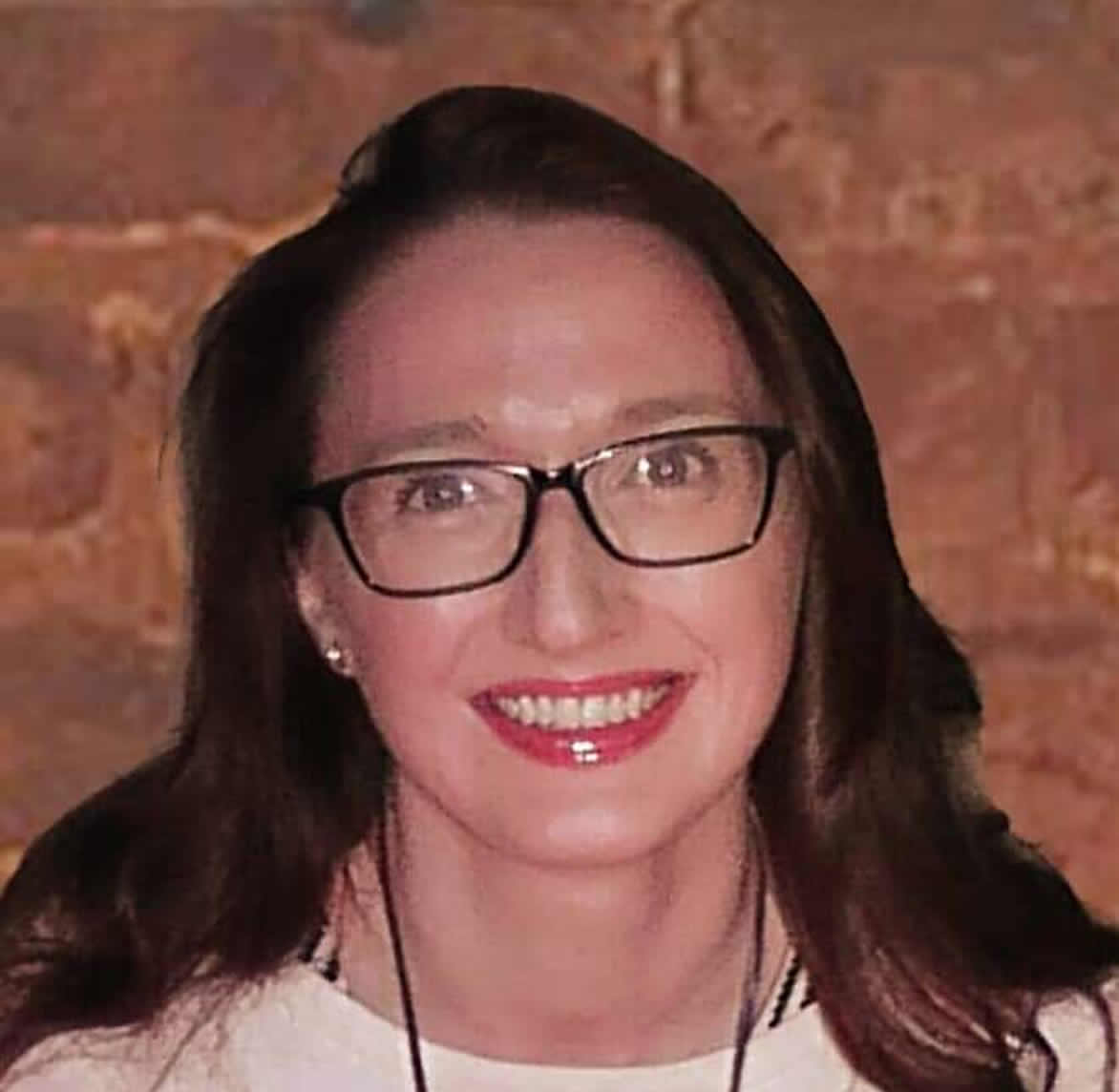 Caroline has acted in many theatre productions over the years. She has previously worked with Taney Drama Society in Dundrum, her own theatre group Black Box to Red Carpet, and various musical productions in her home town Dundalk.

She has completed the Performance year at the Gaeity School of Acting, has dabbled in writing her own plays -one of which was put on in the Boys School- and loves to act in both film and stage productions.

The upcoming God of Carnage production will be her third time performing in Smock Alley, but her first appearance with Firedoor Theatre since joining the group